Empires of the Deep – China’s Biggest Movie Failure Ever 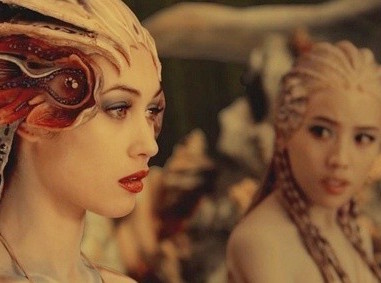 The story of how China’s most expensive film lost all of its money.

Transformers: Age of Extinction has made more money in China than it has in America, heralding a new age when any Hollywood film that hopes to successfully cross into international markets must feature something Chinese… 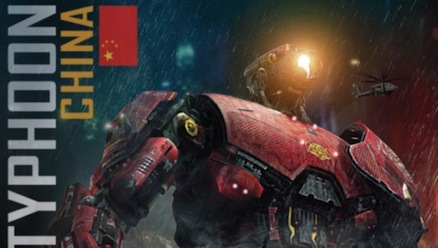 Even if only tangentially so…. 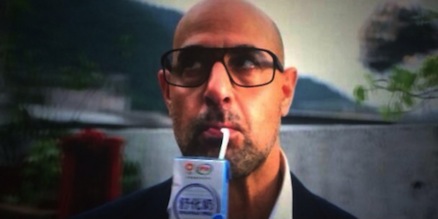 But the success of recent American blockbusters in China raises an interesting question about China’s domestic film industry: will the Asian world power remain just a distributor and consumer of hits from America, or could it produce international hits of its own? Could the world’s second largest film market use its abundance of capital and labor to release Transformers/Lord of the Rings/Harry Potter-caliber big-budget spectacles, and cement China as a new Hollywood?

One wealthy Chinese man certainly thought so. This is the story of how he wrote and produced Empires of the Deep, the most expensive Chinese film ever, and what was once hyped as the “Chinese Avatar.” Unfortunately, this very expensive experiment took incredulous missteps at every stage of its production. Here is the story of an ambitious project tragically collapsing upon itself. 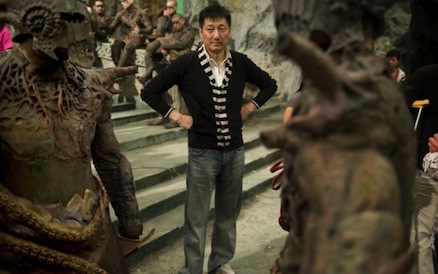 In 2006, Jon Jiang (above), a real estate mogul and one of China’s wealthiest men, decided that he was going to write, fund and produce a movie franchise that rivaled the Hollywood films dominating box offices worldwide. Jiang had very limited knowledge of the film industry, but his wild success in other ventures convinced him that his Empires of the Deep—an underwater action-adventure, and the first script he had ever written—would become a multi-picture, global movie phenomenon that would spawn action figures and theme parks. Shortly after he conceived his idea, Jiang confidently predicted that Empires of the Deep would earn “500 million yuan in China, and 700-800 million USD worldwide.”  Unlike most people who come up with a bad movie idea they believe is great, Jiang actually had the money to bankroll a movie and test his sense of surety. In the proceeding years Jiang watched, as his dreams of box office gold slowly descended into unreality. 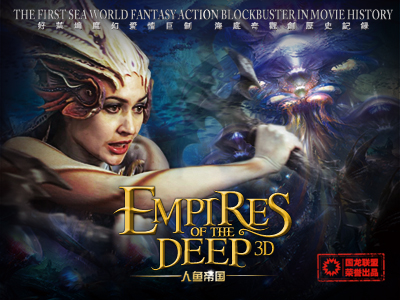 Soon after Jiang conceived his undersea, mermaid-filled, action-romance, interests were piqued all across China. The Chinese press stayed abreast of every development in Jiang’s quest to turn the country into a filmmaking powerhouse. The first question on everyone’s mind was which master director would Jiang name to direct his film? Zhang Yimou? Chen Kaige? But Jiang surprisingly dismissed both directors, saying, “They are not qualified to make my films. The films they make are of no value to me.”

Given his high bar for quality, which filmmaker did Jiang deem talented enough to be trusted with Empires’ budget⎯which had ballooned from $50 million USD in 2006 to $100 million USD in 2009? Strangely, Jiang hired the director of Hollywood’s infamous flop Catwoman, a VFX artist only known as “Pitof.” Famed critic Roger Ebert  so hated Catwoman that he gave the movie just one star, then said Pitof “was probably issued two names at birth, and would be wise to use the other one on his next project.” Jiang’s hiring of such a poorly-renowned director cast the first traces of doubt in his leadership.

Further indication that Jiang may not have been entirely up to the task of making “China’s Avatar” was that even Pitof left the project soon after he was hired, citing the difficulties of creatively collaborating with Jiang. Jiang then replaced Pitof with an little-known director named Jonathan Lawrence, and by late 2009, Empires of the Deep, whose budget had now swollen to $130 million—the highest ever for any Chinese movie—finally began to film. All eyes were now trained even closer on Jiang, as a movie of Empires’ massive scale could not afford to underperform.

Jiang then began touting that his film was in fact a U.S. – China co-production, its one hundred and thirty-million dollar price tag partly footed by an LA–based film company called E-Imagine Studios. Next, a few stills from the set were released that displayed elaborately designed props and costumes. Some concept art was shown as well, which made the movie seem like it could be cool… 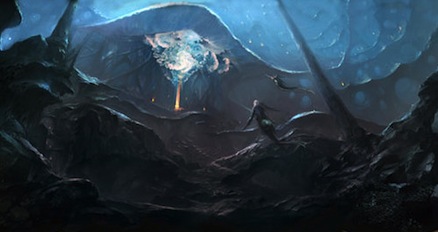 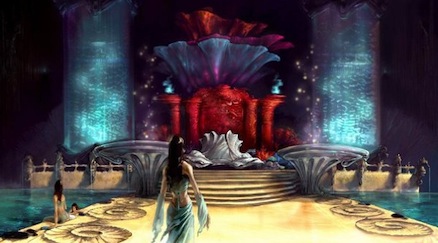 Jiang’s PR push certainly worked in generating positive buzz for the movie around the world. Even The New York Times was inspired to profile one of the set visits that Jiang started regularly giving to reporters.  The news of US investment, the promising still photos from the film, and the rumors of sequels combined to give Empires at least the sheen of a big summer event film. Jiang even brought a “3D consultant” onto the film who had actually worked on Avatar to oversee the special effects. The photos of well-constructed sets amidst swathes of green and blue screen led to great anticipation for the movie’s finished footage. Those who followed the news about the movie were excited to see the how colorful worlds depicted in the concept art would be rendered as incredible CGI. A trailer for the film was soon revealed….

Toyota Levin, a hollywood short film produced by our sister company P.I.G. U.S.A. based in L.A. 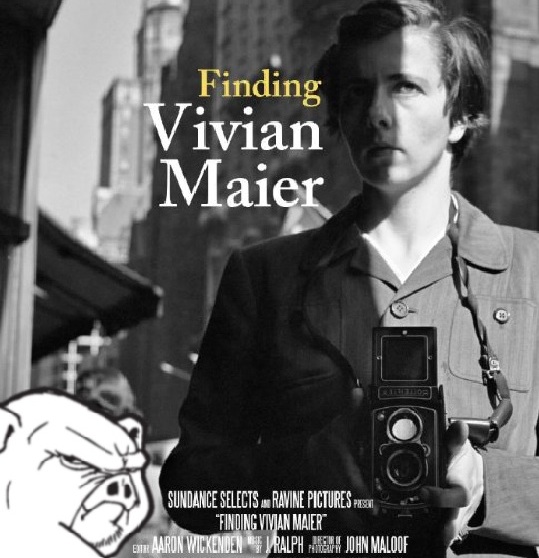