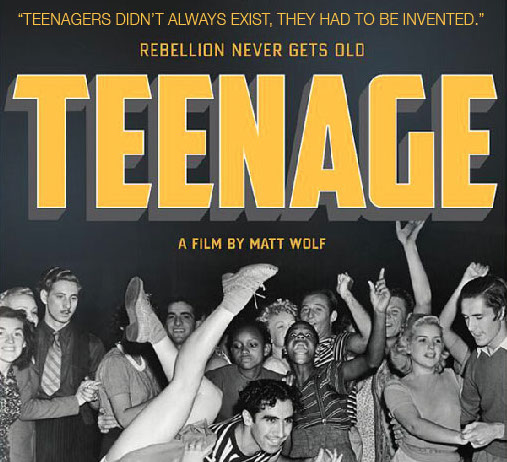 “Teenagers didn’t always exist, they had to be invented.”

Teenage documents the formation of youth culture, as it took shape across the world from the midst of the industrial revolution to the mid-20th century. Narrated by Jena Malone (The Hunger Games) and Ben Wishaw (Skyfall), who read directly from the diary entries of teens throughout various cultures and decades, Teenage is a chronicle of the cultural rebellion, political activism, and popular trends ignited by young adults, as they established themselves as a new, not-to-be-ignored segment of the population. Poetically pieced together from rarely seen archival footage, Teenage showcases the birth and evolution of the “teenager,” through the eyes of subjects as diverse as flappers, Hitler-youth, and black teens living under segregation.