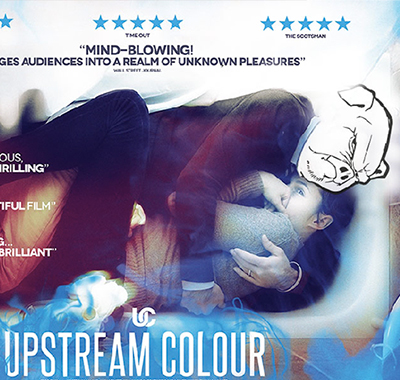 UPSTREAM COLOR
2013, 96 min, USA, Dir: Shane Carruth
As in his striking debut PRIMER, writer-director Shane Carruth’s follow-up feature uses a sci-fi premise as a jumping-off point to explore deep philosophical territory. When a thief forces a mind-controlling parasite on Kris (Amy Seimetz), she loses not just her possessions but part of her identity. As she tries to rebuild her life, she meets Jeff (Carruth), the victim of a similar crime, and the two begin a relationship. A feast for both eye and ear (it won the sound design prize at Sundance), UPSTREAM COLOR was hailed by Variety as “a stimulating and hypnotic piece of experimental filmmaking.”