All posts in Film 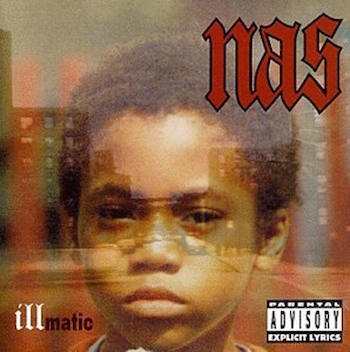 On November 18, P.I.G. China and The Grumpy Pig (65 Maoming Bei Road near Ya’an Road) held is monthly PigPen Cinema film screening. We presented the celebrated and engrossing Nas: Time is Illmatic to a completely packed house at The Grumpy Pig restaurant. Attendees–ranging from long-time Nas fans to lovers of documentaries to the simply curious–had their eyes glued to the screen as they gobbled down delicious treats from The Grumpy Pig.

Time is Illmatic centers around the creation of Illmatic, rapper Nas’s iconic 1994 debut album. Even if you know nothing about rap, or hate it entirely, the film still comes recommended as an engaging documentary that touches on a lauded artist’s process, no less insightful about the creative facility of a master craftsperson than Bill Cunningham New York or Marina Abramovic: The Artist is Present.

With just 9 songs and one intro, Illmatic took listeners on a journey through the crime-ridden streets of Queens, NY NY so grimly vivid that it transcended the auditory. At just 20 years old, Nas took lyric-writing in hip-hop to a never-before known intricacy. In the 20 years since its release, the album’s musical innovations have imbued themselves within the DNA of all hip-hop.

Below we take a look at the greatest lines from each of Illmatic’s 9 songs, and in the process unravel just why the album is considered such an essential work.

Rappers I monkey-flip ‘em with the funky rhythm
I be kickin’, musician, inflicting composition of
Pain I’m like Scarface sniffin’ cocaine, holding an
M16, see with a pen I’m extreme

Off the bat, the very first lines rapped by Nas on Illmatic introduce a poetic device rarely employed in his time, enjambment. Enjambment is when one line of a poem runs into the next, allowing longer statements to be made within the limitations of a poem’s meter (inflicting composition of/pain, I’m like Scarface, sniffing cocaine, holding a/M16, see…). Enjambment allowed Nas to tell a continuous story within the confines of a 4/4 count beat, engaging rap listeners with not just the song’s rhythm, but also its content.

I woke up early on my born day, I’m 20 it’s a blessin’
The essence of adolescence leaves my body now I’m fresh, and
my physical frame is celebrated ‘cause I made it
one quarter through life some Godly-like thing created.

As shown in the documentary Time is Illmatic, when Nas grew up in his impoverished Queensbridge housing projects, his life was constantly imperiled by drug addicts and violent criminals. Here Nas expresses gratitude for his survival into adulthood, despite still being unsure of which higher entity granted it to him. Further instances of enjambment appear in this song (see bolded letters), to help express hefty thoughts over a light drum pattern.

3. The World is Yours

Dwelling in the rotten apple, you get tackled
Or caught by the devil’s lasso, s*** is a hassle!
…I need a new n***a, for this black cloud to follow,
‘cause while it’s over me, it’s too dark to see tomorrow

In Jay-Z’s New York Times bestselling book Decoded, he says something very insightful about those that misread rap music:

The art of rap is deceptive. It seems so straightforward and personal and real that people read it completely literally… It’s all white noise to them till they hear a “b****” or a “n****” and then they run off yelling “See!” and feel vindicated in their narrow conception of what the music is about.”

Here Nas is morosely discussing his depression (black clouds) and hopelessness (too dark to see tomorrow), and how living where he lives makes him highly susceptible to criminal temptations (the devil’s lasso). However, some listeners would find the painful honesty in his words unsympathetic, simply because they are heard in the context of an explicit rap song.  It should be noted that at the time of Illmatic’s release, the concept of criminals being a natural product of poverty was not widely accepted, and many political platforms and policies, including Bob Dole’s 1996 presidential campaign, were based around the idea that those who committed crime were simply born immoral. 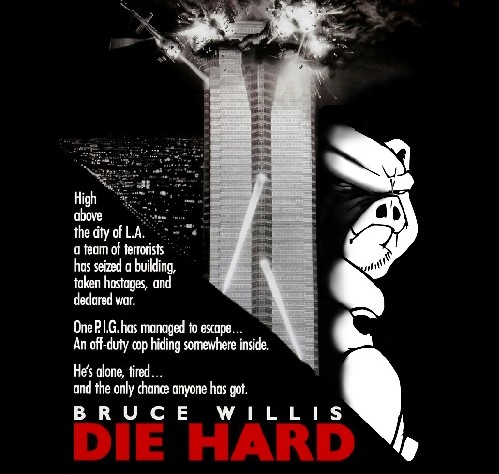 On December 10, P.I.G. launches its Shanghai screening series with a special collaboration with our friends at The Grumpy Pig. And what better way to ring in the season than with a Hollywood holiday classic: “Die Hard” (1988). We’ll be screening the film and serving a special, Die Hard-themed menu – reserve now to make sure you don’t miss it!

Did you forget that “Die Hard” is an amazing Christmas movie? Watch the trailer again to refresh your memory…

After premiering at Cannes in May and touring the international festival circuit to much acclaim, “Bends” (過界), the debut feature of Hong Kong director Flora Lau, finally opened in Hong Kong in late November. Produced by P.I.G.’s own Melissa Lee, the film has attracted much media attention for its sensitive portrayal of the meta-relationship between Hong Kong and Shenzhen through two complex characters, portrayed by icon Carina Lau and young star Chen Kun. If you’re anywhere near Hong Kong, try to catch it in cinemas, or else wait for other territory release dates coming up.

Read the in-depth New York Times profile here, as well as coverage from the SCMP, the WSJ, and an interview with Flora Lau from Indiewire. 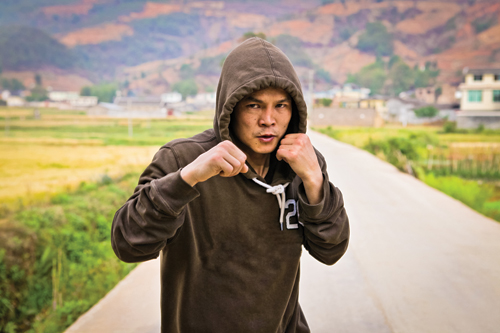 Using a computer, Google Earth and photos and videos found on the Internet, Globodrome retraces the route described in Jules Verne’s book Around the World in 80 Days. (Globodrome itself is only 69 minutes long.)

As Time Goes By in Shanghai – New Documentary

Premiering this week at “Hot Docs” is “As Time Goes By in Shanghai”, a new documentary on Shanghai’s own Peace Hotel band – the oldest jazz band in the world. Directed by Uli Gaulke, the film looks like a charming portrait of some old guys who still have a trick or two up their sleeves.

From the film’s description:
The oldest band of the world has been playing every evening at the Peace Hotel in Shanghai for more than thirty years. Most members of the band, all Jazz musicians of the first rank, are older than 80 years.

AS TIME GOES BY IN SHANGHAI accompanies the oldest band in the world on their greatest adventure yet: their appearance at the North Sea Jazz Festival Rotterdam, the most important festival of its kind.

In the final weeks before their appearance, this musical film will immerse itself in a world of unparalleled change. Jazz stands for improvisation, individualism, freedom and creativity. Against the backdrop of great jazz hymns, the film will chart the fascinating life stories of these seven exceptional musicians: from the Japanese occupation to the Cultural Revolution right up to today’s turbo planned economy. With humour, wisdom and a tale or two being spun on the way, the men in black suits will lead us on a tour of their everyday lives in one of the world’s most modern cities and show us how good old jazz has given them the strength to weather the storms of time.

Check out the trailer on Youtube or below, and a Tumblr with great behind-the-scenes photos. The British Council is delighted to announce Dressing the Screen, an exhibition in China of close to 100 films that will bring together work by some of the worlds most famous and innovative fashion designers and film-makers from the last 50 years.

Organised in collaboration with the Chinese lifestyle magazine Modern Weekly International, and Swarovski Elements, Dressing the Screen will open in Beijing on 26th October 2012 and run for two weeks.