A Family Trip with Lufthansa

With more young people busy at work, having no time to spend with their family, this fall Lufthansa brought us a warm commercial, inviting those busy-working people to enjoy a family trip together with the German airline.

Honor 8 Unleashs a Storm of Youth and Fashion 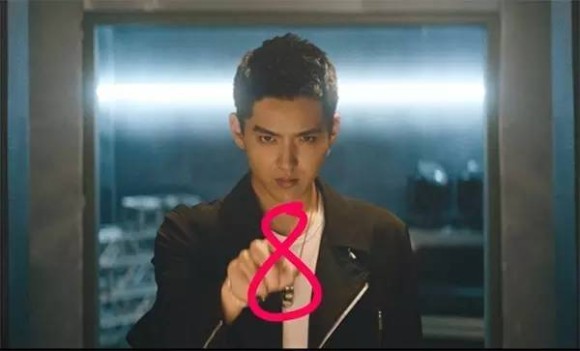 The latest Huawei Honor 8 spot starring Kris Wu shows his daring side while reinforcing Huawei’s flagship product and unleashing a storm of youth and fashion.

P.I.G.’s latest film for Bulgari China. Out of La Maison Shanghai and in co-production with Handsome, directed by Eugenio Recuenco,  the Chinese star Kris Wu brought us a dazzling fashion show.

“Life doesn’t happen online. It happens outside, in the streets. Under the sky. Amongst other bodies”

P.I.G. China director Dean Freeman’s latest film tells a story of mind and body. Shot in Havana, Cuba, the film depicts the streets, playgrounds, beaches of the city, but most importantly, the free spirits who answer the call of their minds to push the limits of bodies in an utopian society.

This Spring, Holiday Inn and Ogilvy Shanghai re-teamed with directors J&J to bring us episode 2 of their Moments of Joy campaign, “Anniversary”. This time we follow a young professional couple, constantly on the go and constantly missing each other due to work travel and late nights in the office — a situation all too common now not only in China but all over the globe.

What Chew Talking About?

A Chinese young woman and Italian man hit the language barrier when they try to strike up a conversation on a plane in a fun new spot for Wrigley’s Doublemint Chewable Mints, created by BBDO South China, produced by P.I.G China and directed by Nelson Cabrera.

Meters/bonwe x Disney want you to have Fun

Renowned for their eclectic, energetic aesthetic, Plenty blends playful animation and live footage to imagine a wonderland in which ice-cream-headed models dance with boxing gloves, rainbows and hot-air balloons. Recalling the childhood joy inspired by Mickey and friends, the spots feature a small selection of the more than 1000-piece collection of Disney-themed garments.

Stylishly shot in black and white, the new spot directed by Marcelo Burgos in Argentina became a pick of the day in Creativity magazine.

Anyone who grew up in the ’80s or early ’90s will appreciate the witty humor of this spot from Schweppes in which a bunch of confused-looking millennials get a little history lesson on what life was like back then. It will definitely also make Chinese audiences with similar generational gaps laugh.

BMW takes the risk factor to the next level with P.I.G. China and director Alessandro Pacciani

To show off its new M4 coupe, BMW released a video showcasing the 430 HP beast’s handling prowess as it whips across a racetrack that has been built atop a mega factory.

Hitting over 8 million views on the web, the footage takes you on a ride filled with high octane and adrenaline fueled action that pushes the car’s performance over the limit.

The sound produced by the 430 horsepower, twin-turbocharged 3.0-liter inline six engine is music to our ears.

Watch the madness above and the making of below.

BMW unveils its new BMW 7 Series in China with their new campaign from Serviceplan Beijing, directed by Xavier Chassaing and produced by P.I.G. China. Shot in the mountains of Xinjiang, China, the film showcases the car as the new “wave of the future” as it literally and metaphorically lights up the world around it. The lush verdant landscapes of western China were scanned especially for the film, then brought to life by post production studio Mathematic.