Hollywood’s Search for a Chinese Superhero 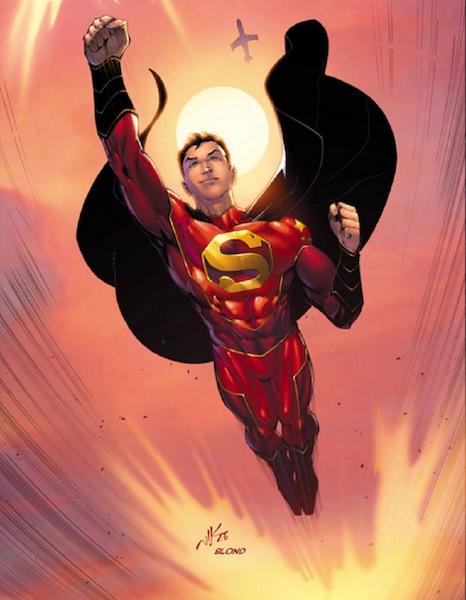 Can a Chinese hero save Hollywood from cultural irrelevance?

The deluge of Hollywood superhero movies shows no signs of abating, with an estimated 63 comic book adaptations set to hit the big screen by 2020.

A sizeable chunk of the global takings come from China, the world’s second and soon–to-be largest film market. However, Hollywood’s future success in the Middle Kingdom is far from assured. With competition from an improving domestic industry and the massive new audiences outside top tier cities less responsive to English-dialogue driven fare, it is predicted that US films will lose market share as the box office grows.

As Hollywood studios increase their China presence, they are recognizing the need for more localized content. Earlier this year, the Russo brothers, directors of the Captain America franchise, announced they were teaming up with Chinese partners to form development and production studios in LA and Beijing, before unveiling plans for a $230m trilogy of Mandarin superhero movies starring an original Chinese hero. 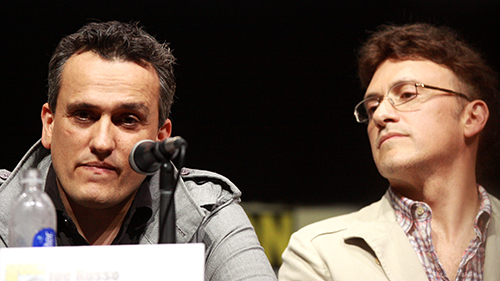 The Russos are not the first to see the potential in a Chinese hero. In 2011, former Marvel president Stan Lee co-launched Magic Storm Entertainment with a view to producing superhero movies for Asian markets. The first announced project was an English-language film titled “The Annihilator”, about a Chinese expatriate named Ming, “who must choose between remaining in prison or enlist in a secret U.S. super soldier program”. Slated to star Wang Leehom, the project appears to have stalled in the early stages.

The same fate appears to have befallen his latest project, Realm of the Tiger, this time a Mandarin language co-production with different partners featuring a heroine supposedly set to be played by Li Bingbing. 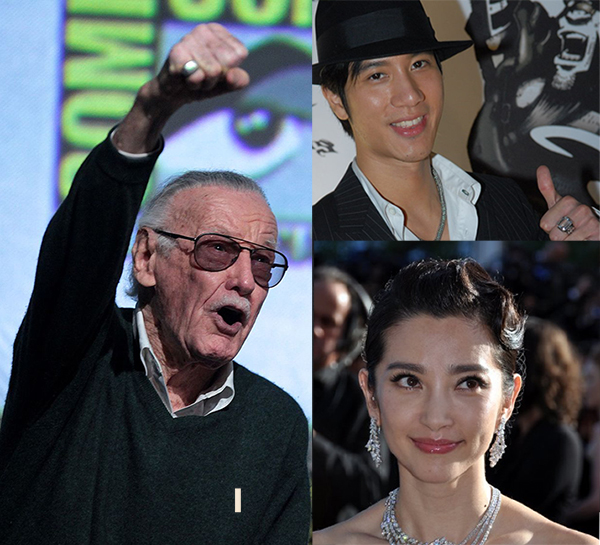 Lee has actually been devising Chinese characters for decades, albeit less heroic ones. In 1965 he co-created The Mandarin, a droopy-mustached throwback to the ‘Yellow Peril’ characters of the 1920s and 30s. Back then a xenophobic fear of the perceived threat from the swarming masses in the east saw Chinese characters presented as either primitive peasants or evil masterminds like Fu Manchu or Ming the Merciless.

Spot the difference: ‘Yellow peril’ inspired super-villains Fu Manchu, Yellow Claw, Ming the Merciless and The Mandarin.  Marvel preceded The Mandarin with Yellow Claw in 1956 and actually bought the rights to Fu Manchu in 1973.

In fairness to Lee, The Mandarin was conceived during the height of the Cold War amid fears of spreading communism and nuclear war. Unsurprisingly when Marvel Studios co-produced Iron Man 3 with DMG Beijing, with an eye on reaping huge rewards from the China market, they chose not to present The Mandarin as an evil Chinese dictator with ambitions of world domination. The arch-villain was instead revealed to be a bumbling junkie actor used as a front for Aldrich Killian’s terrorist organization, provoking the ire of nerds everywhere.

Another Lee co-creation, Chen Lu, China’s leading nuclear physicist who transforms himself into a Radioactive Man, a walking blob of nuclear waste recruited to help his government stop Thor blocking the spread of communism into India.

Everybody Was Kung Fu Whitewashing

American comic creators have been inventing Chinese characters for almost 80 years. Despite the prevailing Yellow Peril mindset, some more positive fictional characters began to emerge in the late ‘30s, like the Green Hornet’s sidekick Kato, a character that probably inspired DC’s Wing, a Chinese immigrant working as the driver and sidekick for a wealthy publisher and caped crusader in New York. 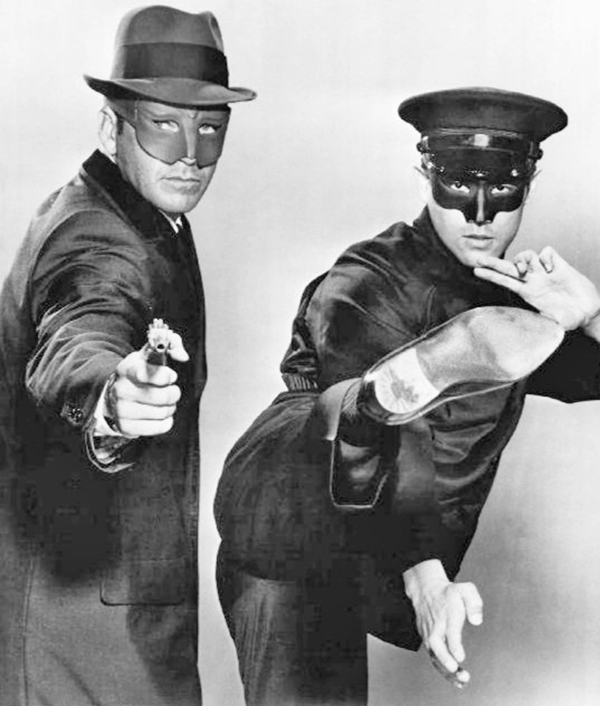 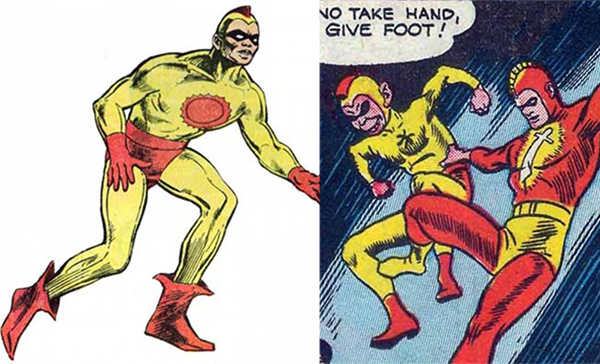 Chinese portrayals further improved after the US joined World War II and became formal allies with China, ushering in, in 1944 Blazing Comics’ short-lived series starring the Green Turtle, widely believed to be the first Chinese comic book hero, who fights in China alongside local troops against the Japanese. 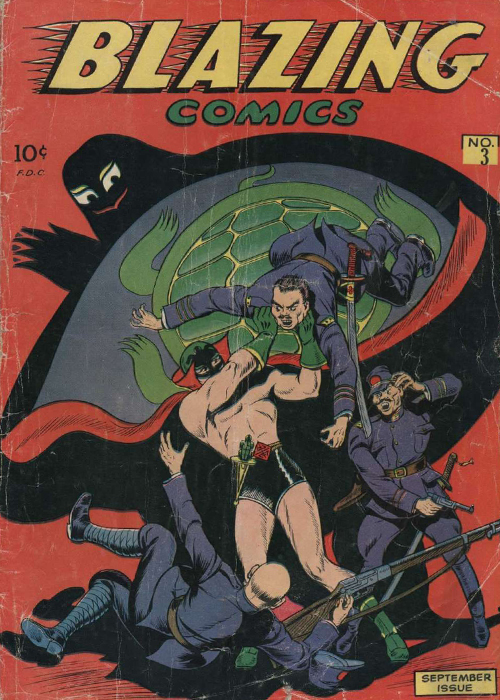 Attitudes were still far from enlightened. American-Chinese artist Chu Hing supposedly intended to create a Chinese hero but was blocked by publishers who felt an Asian character wouldn’t resonate with a US readership. Chu cunningly kept the Turtle’s ethnicity ambiguous by drawing his eyes obscured and using a surreal shadow of a turtle to represent his hero’s face. 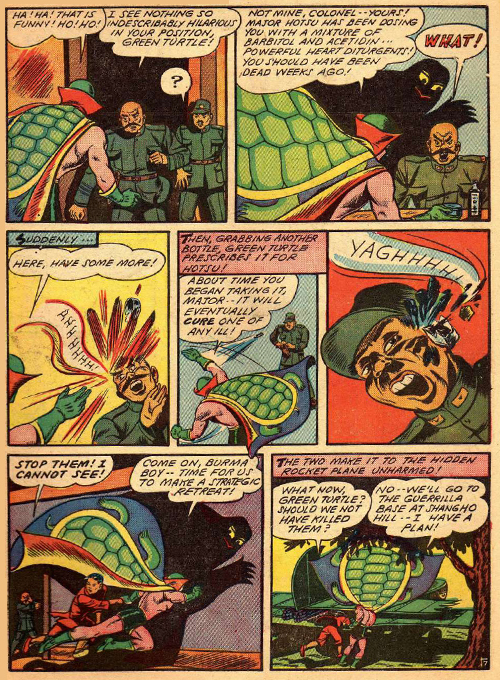 Whitewashing for a US audience endured 30 years later, when white actor David Carradine was cast as the lead in the Kung Fu TV series, in which a half Chinese Shaolin monk fights his way through the American Old West.

David Carradine in the Kung Fu TV series (1972-75). Carradine played Kwai Chang Caine, a Shaolin monk who travels through the American Old West armed with his spiritual training and his skill in martial arts, in search of his half-brother.

Negative though that may appear, the show inspired a martial arts craze in America in the 1970s, leading to more admirable Chinese comic book heroes including ‘The Master of Kung Fu’, Shang Chi. If any US-created Chinese hero is fit for export to modern China it might be Shang. In 2005 he was one of ten characters included in a proposed Marvel Studios slate and, though he never got his movie, there are rumors he may soon appear in the Netflix Iron Fist series, supposedly played by an Asian male that probably isn’t John Cho. 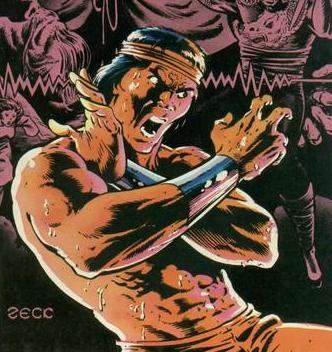 Shang Chi debuted in 1973, initially as an evil character, the son of Fu Manchu.

It’s unknown whether a Chinese face would attract cinemagoers in China. Would say, a Chinese Superman, fare better than the lukewarm reception for Man of Steel or Batman Vs. Superman. That dream may be closer than we think, after DC recently bestowed the ailing caped crusader’s powers onto Shanghai teen Kenan Kong as part of their Rebirth event. 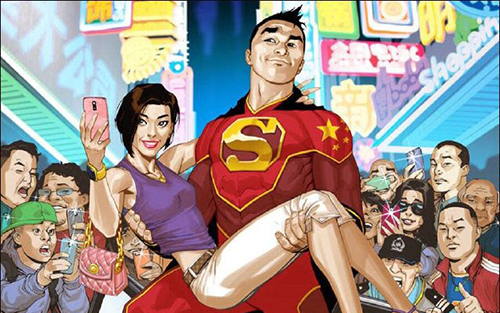 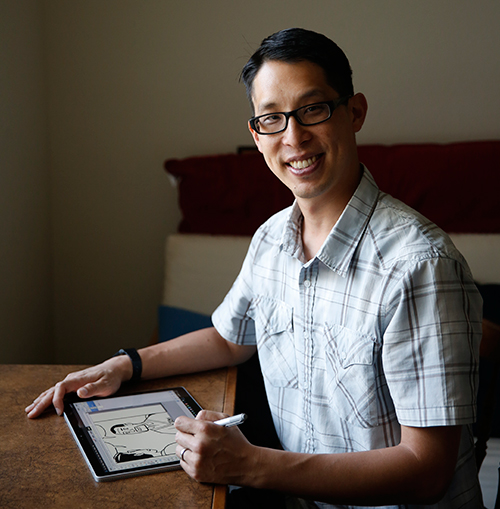 One US created hero that has remained Chinese to the core is Captain China, a Mandarin language series started in 2012 by American-Chinese duo Jim Lai and Chi Wang. Their Cap is a product of Mao Zedong initiative to create a Chinese superhero during the Great Leap Forward, revived after 50 years to demonstrate China’s economic power. Though amusing clashes between Cap’s Maoist anti-American ideology and China’s modern capitalist values ensue, surely no sane studio with designs on China would touch such sensitive subject matter. 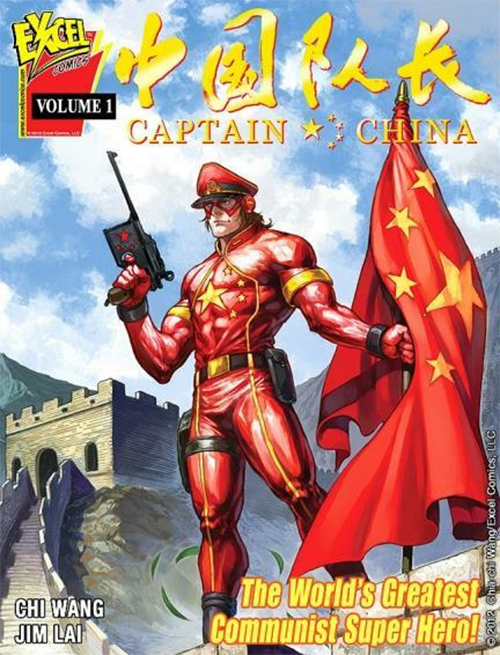 Jim Lai and Chi Wang’s Captain China.  Despite some confusion among netizens, he is not the star of the Russo brothers’ forthcoming movies.

Is it a bird? Is it a plane? Is it a 16th century Chinese deity?

With 5000 years of history and mythology, it is often said that China already has the raw materials for great movie storytelling. While that forgets the all-important ‘telling’ part, it’s true that filmmakers frequently turn to the perceived box office security of fantasy, dipping into the archives for figures that can be repurposed as quasi-superheroes. League of Gods recently did just this, with the spirits and immortals of 16th century myth Fengshen Yanyi revamped amid spectacular blockbuster effects.

US comic creators were riffing on Chinese mythology back in 2004 with Marvel’s Eight Immortals based on the legend of the same name. DC followed in 2006 with the Great Ten, based on the 14th century tale Ten Brothers, about a government-backed posse with excellent names like Accomplished Perfect Physician, Immortal Man-in-Darkness and Mother of Champions. 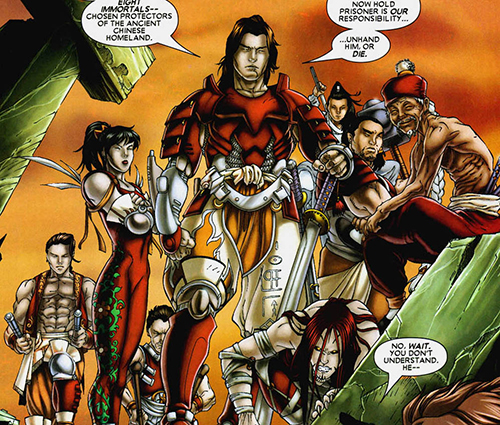 Predicting what will work among China’s diverse masses is anyone’s guess. There is no tried and tested formula, though a glance at the most successful movies suggests that Chinese audiences favour escapism, fantasy and humor over the ever darker and more depressing stories told in US hero shows. So far, 2015’s super-silly Jianbing Man is China’s closest successful equivalent to a caped crusader. 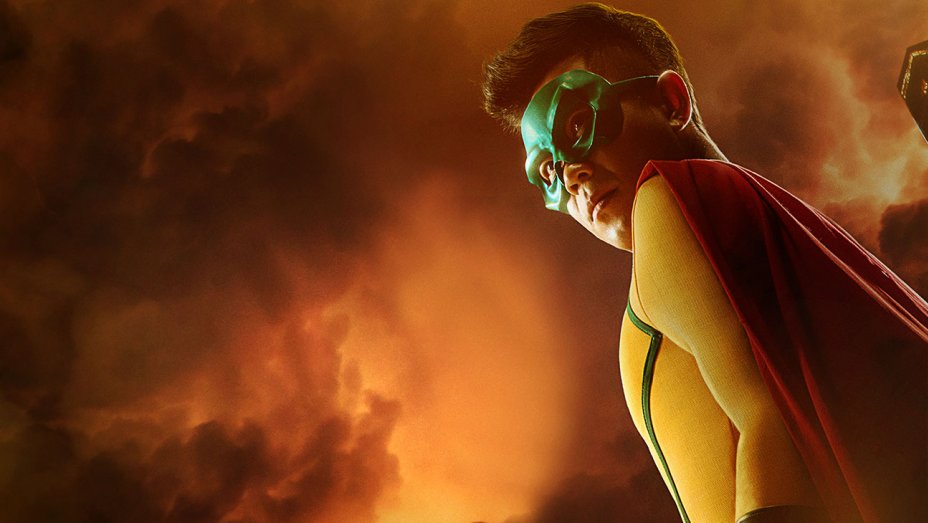 If the heroes of the past can teach us anything, it’s that their stories reflect the fears of the society in which they are created. The diverse concerns of China’s cinemagoers are different to those in the US, and transplanting an American genre onto another culture is more complex than simply casting a Mandarin speaking Chinese actor. If Hollywood must keep pushing superheroes, they face an unknown road ahead. Perhaps the most compelling solution is to leave the spandex at home, and focus on learning the true identity of the Chinese audience.