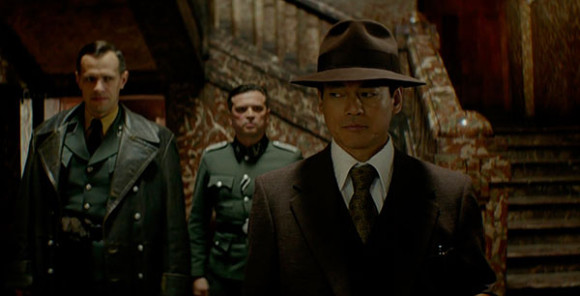 “I may have disobeyed my government but, had I not done what I did, I would be disobeying God”, said Chiune Sugihara, the Japanese diplomat whose selfless actions saved thousands of Jewish lives during World War II. Director Cellin Gluck’s latest feature film, Persona Non Grata, tells Sugihara’s remarkable story.

In 1939, Chiune Sugihara was posted to serve as Vice-Consul for Japan in Kaunas, Lithuania. As the Nazis and Soviet Union seized more land across Europe, persecuted Jewish refugees, finding no unoccupied nation willing to take them, came to Sugihara seeking an escape route to Japan. When Tokyo refuses to issue them entry visas for Japan, Sugihara knows that compliance will condemn the refugees to their fate under the Nazis. A solution presents itself when he learns that the Dutch consul was issuing documents stating that the bearer could enter the colony of Curacao, a territory where no visa was required. Provided with a final destination, it gave Sugihara excuse enough to provide transit visas through Japan, a type of visa he was never explicitly told not to issue, and the refugees a means of getting through the Soviet Union. To buy time, he writes to Tokyo seeking clarification of the original refusal, giving him a grey area in which to act in the meantime. As Gluck explains, “It’s plausible deniability to use a 21st century term. It’s the way diplomacy should work… It’s all games and I think that’s the beauty of the story.” Sugihara’s actions saved an estimated 6000 lives but cost him his career. 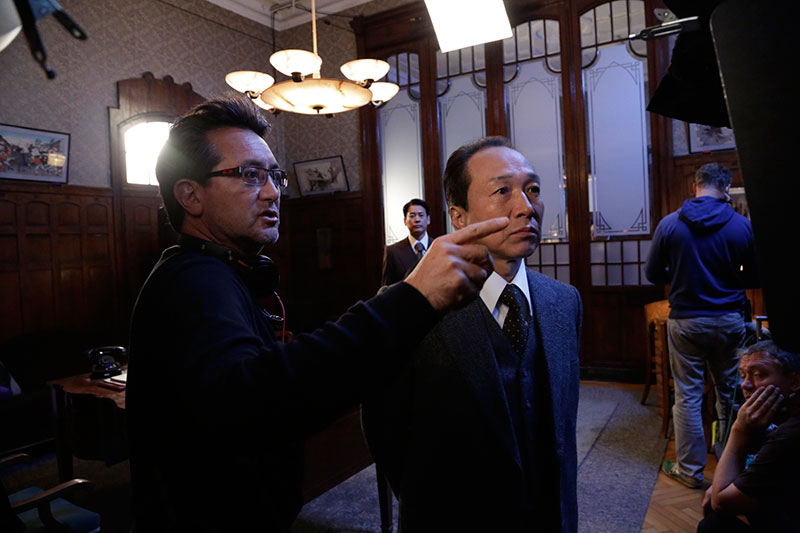 Cellin Gluck first become interested in the story after reading The Fugu Plan, a book about proposals to resettle Jewish refugees in Japan. “You can’t write this stuff, the truth is stranger than fiction… the story blew me away”, he explains. In 2014, Japanese studio Nippon TV decided to make a picture to unofficially mark the 70th anniversary of the end of the war, casting Toshiaki Karasawa to play Sugihara. Karasawa, who had acted in Gluck’s 2011 movie Oba The Last Samurai, insisted that if the film was not going to be in Japanese, nor shot in Japan, then there was only one director with the multicultural perspective that could do the story justice. 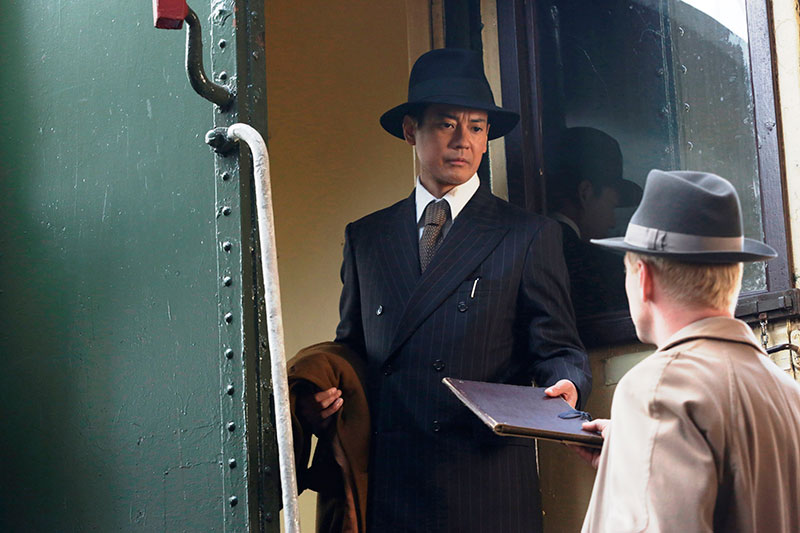 “I speak the language fluently and I understand the Japanese psyche to a certain extent, I can do both. I can make films the American way… but I still have Japanese sensitivities”, says Gluck.

The director was born in Wakayama Prefecture, Japan, to a Jewish American father and Japanese American mother. After graduation from college in the US, his first film job was carrying the mirror for famously volatile eccentric Klaus Kinski on avant-garde Japanese director Shūji Terayama’s Fruits of Passion. He moved to New York to become an actor but instead found work directing commercials for a Japanese advertising agency. In 1988, he returned to Japan to work as an Assistant Director on Ridley Scott’s Black Rain.

His American-Japanese background has frequently informed his movie career, which has included roles as Japanese unit production manager on Godzilla (2014) and Memoirs of a Geisha (2005) as well as the 2nd unit director on The Hunted (1995) and Into the Sun (2005). His directorial highlights include Saidoweizu – a 2009 Japanese remake of the Academy-Award winning US comedy Sideways – and Oba The Last Samurai, his co-written film about the survival of a small group of soldiers after the Battle of Saipan at the end of World War II.

In 1998, Gluck co-founded production company, P.I.G, which now has offices in L.A and Shanghai.

One of challenges in building the story was the limited amount of first-hand information from Sugihara. The fact that he never wrote an autobiography and rarely talked about his actions is telling of the humble character of the man, who acted purely because he felt it was the right thing to do. 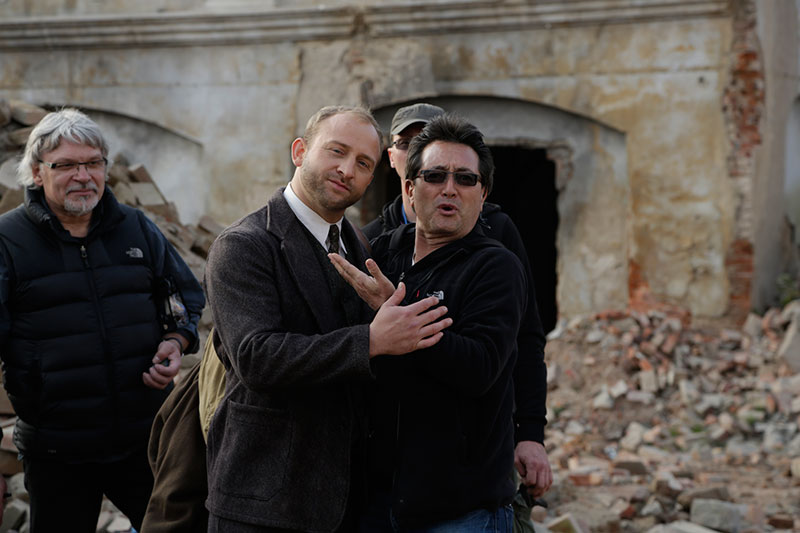 In an attempt to accurately capture the diplomat’s character, the Japanese writers Tetsuro Kamata and Hiromichi Matsuo did enormous amounts of research, including spending time with Sugihara’s eldest son’s widow and granddaughter. For the scenes with religious overtones, Gluck consulted with rabbis and Russian orthodox priests. The cast of characters also reflects reality, with Sugihara’s driver Pesch an amalgam of the three or more Polish agents that worked for the diplomat, while love interest Irene is a nod to his Russian first wife. 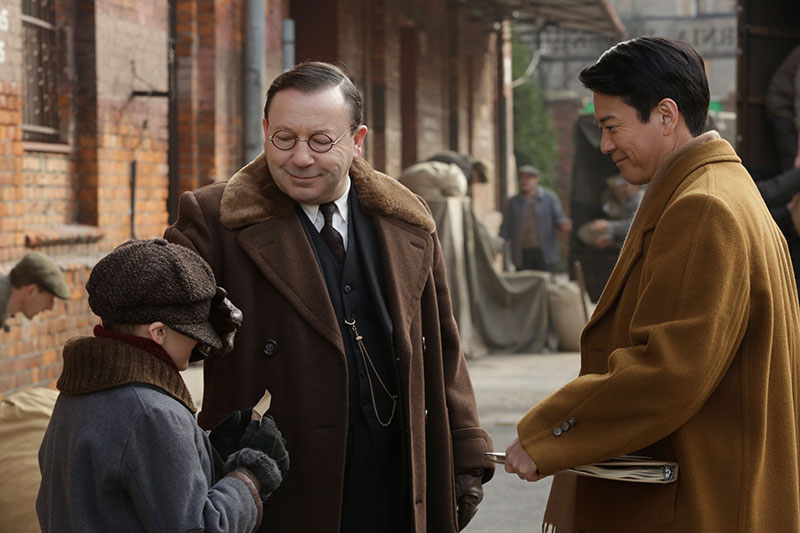 Produced by Cine Bazar and Nippon Television Films, the 42-day shoot was initially planned to be in Lithuania, but an insufficient domestic supply of equipment and crew negated the rebate incentives. Instead the US$6m production moved to neighbouring Poland, an appropriate choice given 90% of those Sugihara saved were Polish. It also brought a wealth of top Polish acting talent, including Borys Szye (Pesch) and Agnieszka Grochowska (Irina). The DoP was Academy Award nominated Hollywood veteran Garry Waller. 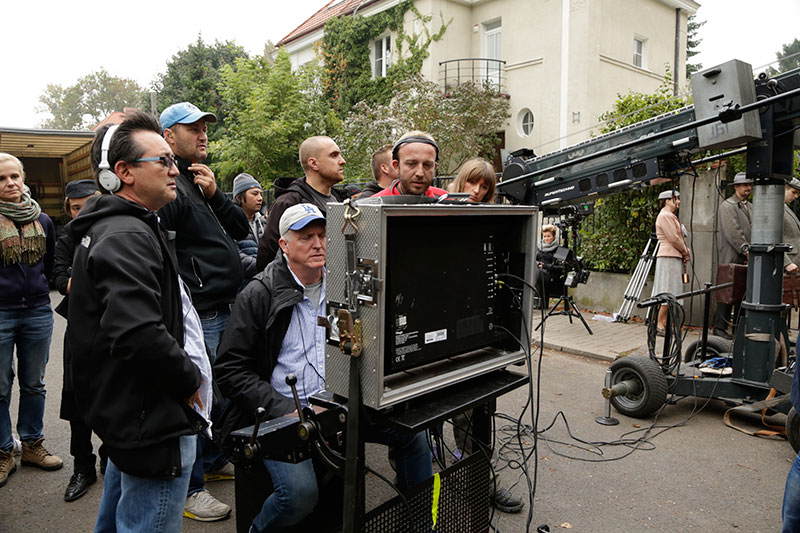 Sugihara’s story has brought inevitable comparisons with 1993’s Schindler’s List. In fact, there were ‘Schindlers’ who helped save Jewish lives in many territories – Estonia, Sweden, Austria, France, China and beyond – the stories of whom started emerging after Spielberg’s movie. “Schindler became a catalyst to get the stories out,” says Gluck “The irony is, Schindler did his work in ’44, whereas all these other guys were saving Jewish lives in 1940 and ’41”.

Sugihara’s actions saw him dismissed by the Ministry of Foreign Affairs after World War II. Various menial jobs and a life of obscurity working for a small trading company in Moscow ensued. Though the Israeli government named him ‘Righteous Among the Nations’ a year before his death in 1986, a Japanese reluctance to talk about World War II meant he was not formally recognised by his own government until 2000. His name has now been submitted for inclusion in the UNESCO Memory of the World Register. 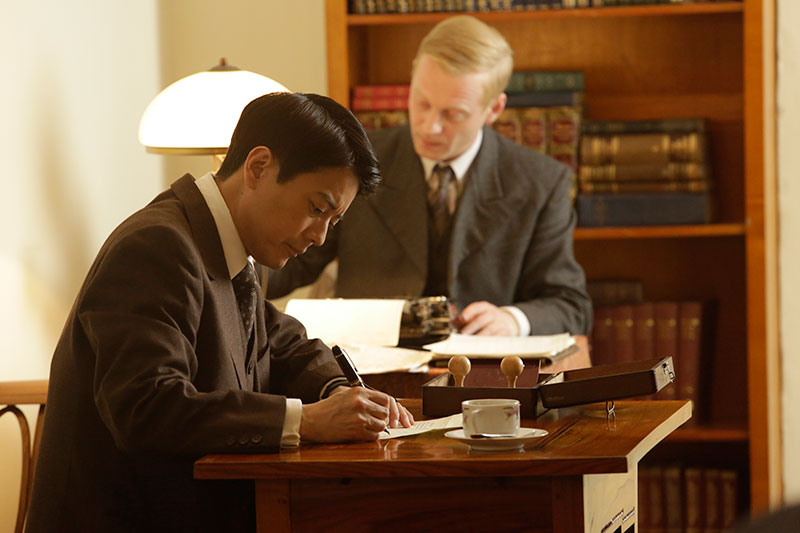 The positive reaction to Persona Non Grata has brought a fresh wave of recognition for Sugihara’s story. At its world premiere in Kaunas last October, the film received a five-minute standing ovation and it has been seen by over a million people in Japan, taking $12m – a substantial achievement in the domestic box office for a historical film. It has been screened at the Atlanta Jewish and Washington Japanese Film Festivals, on Holocaust Remembrance day at the YIVO Institute in New York, and won the Special Jury Award for Cinematic Excellence and Social Justice at the Oregon DisOrient Film Festival. 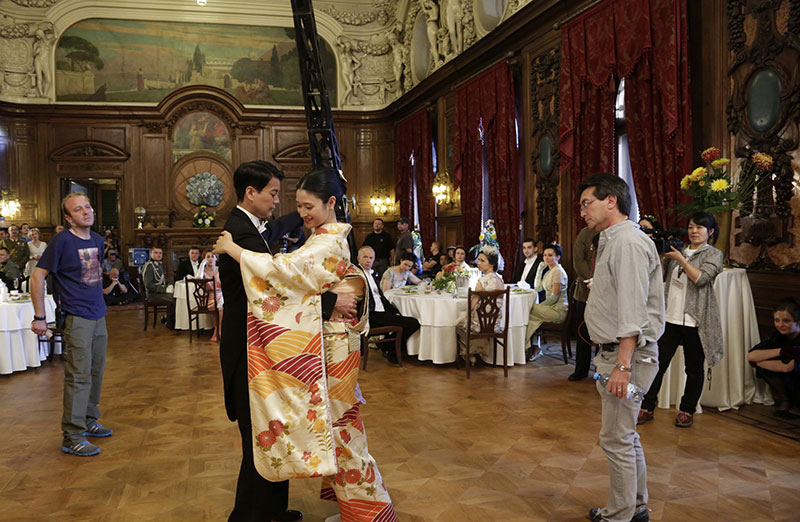