A spectacular film tribute to famous Chinese sci-fi novel The Dark Forest has blown away fans of the book, and the author himself.  The film entitled Waterdrop was created by Wang Ren, a Chinese student at Columbia University.

The Dark Forest is the second instalment of the trilogy The Remembrance of Earth’s Past, by preeminent sci-fi author Liu Cixin.  In 2015, the first book in the series, The Three-Body Problem (the title often given to the whole series), became the first Asian novel to win a Hugo Award for ‘Best Novel’, one of the world’s highest accolades for science fiction and fantasy writing.  The book was first published in 2007 but returned to the spotlight with a translated English version in 2014.

The film was inspired by a scene from the book in which a fleet from Earth captures an alien space probe named “The Droplet”.  In the book, The Droplet overpowers Earth’s spaceships and goes on to massacre their entire fleet.  After spending a year and a half planning to recreate the battle in film, Wang changed tack, choosing a more abstract interpretation.   Wang touches on his unusual approach with a somewhat cryptic explanation, saying “A very literal representation cannot reflect the droplet’s true essence.’ 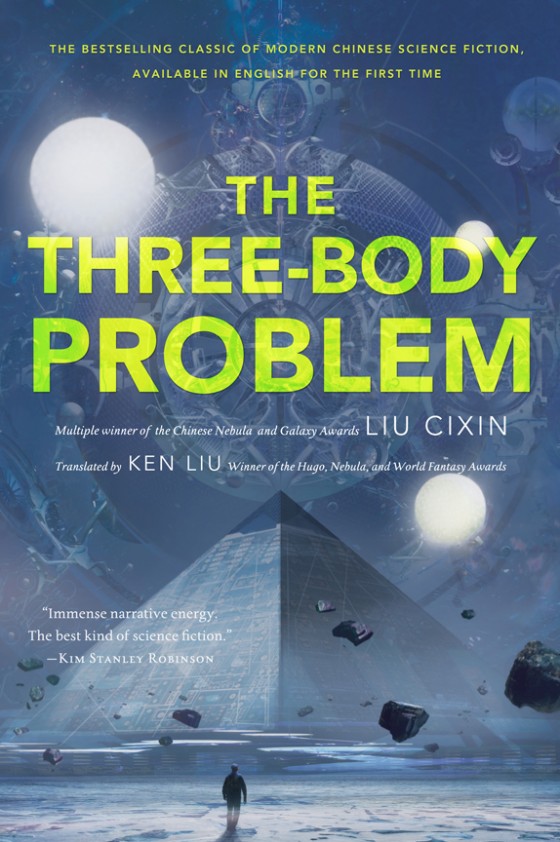 The Droplet’s true essence, according to Wang, is the absolutely smooth surface of the probe, as described by Joel Martinsen in his English translation, “A highly smooth finish that made it a total reflector. The molecules in this thing are neatly arranged like an honor guard and they’re mutually solidifying with strong interaction. Its strength was a hundred times greater than the sturdiest material in the Solar System.”  The eventual film is one 14-minute shot, starting ultra-close to the ship on a single white molecular dot and slowly reverse-zooming, taking the viewer on an epic voyage through the tiniest molecules of the universe as reflected by the probe’s ultra smooth surface.

Upon completion, Wang sent the film to his hero, Liu Cixin.  The author was amazed, gushing, “I can honestly say that this is what Three Body Problem looks like in my dreams,” adding that, if the feature length film, currently in postproduction and set for release in July 2016, generates the same power as Wang’s effort, “I could really die a happy man.”

Wang was first inspired by the story as an undergrad in Dalian, China.  Prior to Waterdrop, the Architecture major had no background in filmmaking or animation.  After Liu’s endorsement it may be time for the young talent to consider a new career in directing.