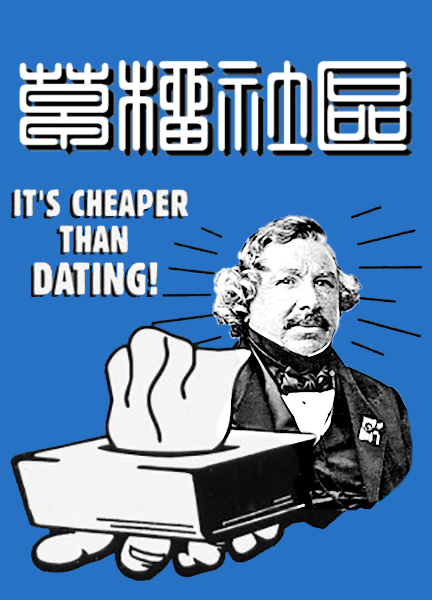 In the West, Louis Daguerre (d.1851) enjoys a distinguished legacy as an esteemed photographer, accomplished painter and inventor of the diorama theatre.  Why then is his name in China synonymous with pornography?

Though there is no evidence to suggest Monsieur Daguerre didn’t enjoy perusing images of an explicit nature, it’s probable that he wouldn’t be delighted that his good name has been reduced to a by-word for smut.

We were unable to verify why poor Louis was selected for titular honours 150 years after his death, but it seems likely it’s for little more than his championing of the still image.