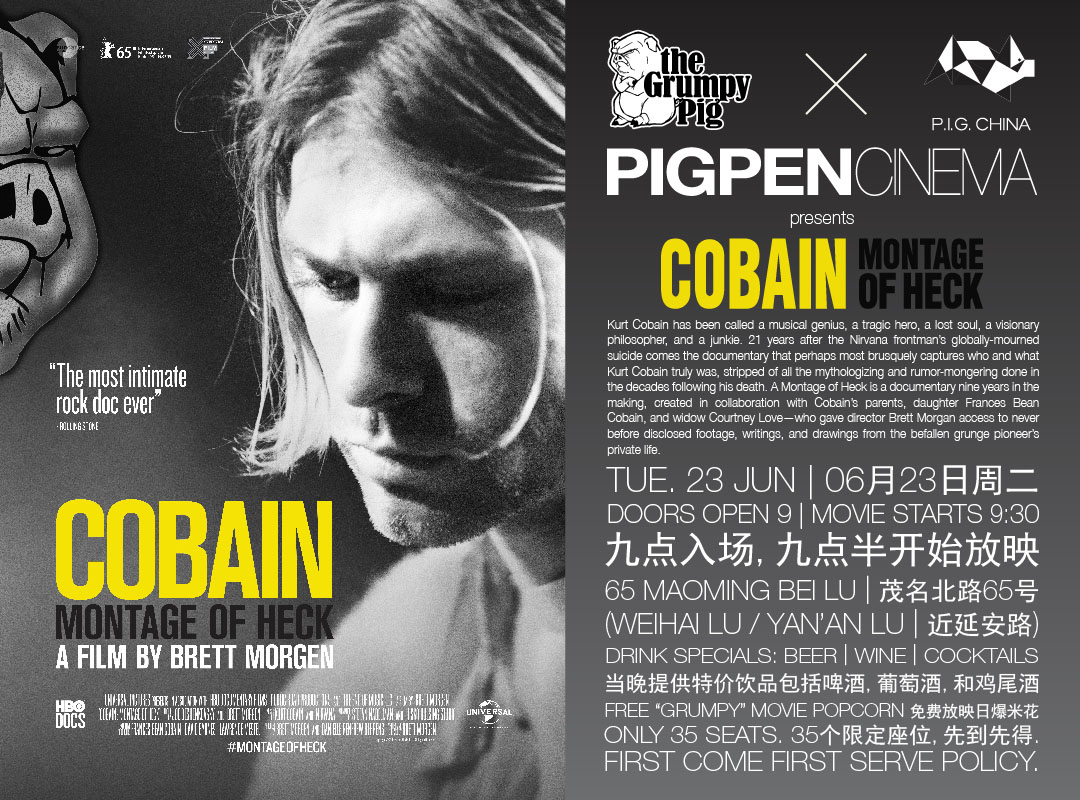 “When you wake up, please read my diary. Look through my things, and figure me out.”

Kurt Cobain has been called a musical genius, a junkie, a visionary philosopher, and a lost soul. 21 years after the Nirvana frontman’s globally-mourned suicide comes the documentary that perhaps most brusquely captures who Kurt Cobain truly was, stripped of all the mythology and rumors. A Montage of Heck is a documentary nine years in the making, created in collaboration with Cobain’s parents, daughter Frances Bean Cobain, and widow Courtney Love—who gave director Brett Morgan access to never before disclosed footage, writings, and drawings from the befallen grunge music pioneer’s private life. Morgan compiles those startlingly intimate documents together with beautiful animations and interviews with the people closest to Cobain, to deliver a nuanced artist profile that satisfies Nirvana worshippers and newbies alike.